The Electoral Commission of Ghana has made available data, which confirms that the country would save millions of Ghana Cedis with the new biometric Voter Management System as compared to upgrading the existing system.

The EC’s quest to compile a new voter’s register for the 2020 election has encountered massive opposition from the main opposition party, the National Democratic Congress and Some Civil Society groups. They argue “the EC has not demonstrated that there is a defect with the biometric data which was used as recently as 2 months ago on a nationwide scale.”

On Thursday, some 18 CSOs issued a joint press statement and noted: “It is our view that under the present circumstances, the expense for an end-to-end system, as opposed to a precise surgical augmentation and improvement of the existing system, is not justified. Ghana can save considerable portions of the planned expenditure in a good variety of ways as suggested above.”

However, EC  IT team  in an interaction with editors on Thursday  in Accra debunked that assertion and  instead provided data, indicating that, the country will save as much as  $18 million  or  GHS 104, 677, 650.00 (using cedi-dollar rate of 5.7) if it goes ahead with the acquisition of the new Biometric Voter Management System (BVMS).

It explained that the total cost of maintaining the old Biometric System is $74, 364, 500 while the total cost for new BVMS system is estimated at $56,000,000.  These include Biometric Voter Registration Kits (BVR) kits and the Biometric Verification Devices (BVD).

Giving further breakdown of the cost of the entire process, it said the total cost of using the old BVR system for the 2020 election is $38, 692,500.00. This include; cost of refurbishment of some BVR kits used in 2016 and the acquisition of new ones.

Challenges with the old BVR system

The EC argues that none of the IT staff at the commission were trained on the BVMS, and that it (EC) was completely reliant on the vendor for the management of the system. Simply put the commission was “vendor locked-in.”

It further explained that the application server used for the online VMS was limited by allowing only 200 concurrent connections, adding that the EC has some 260 district offices nationwide each with at least 2 MVMS machines. This had hampered the online registration process significantly during the just ended limited registration exercise.

The EC said with the old system, there was no business continuity or an IT disaster recovery plan

Advantages of the New System

According to the EC, the new server hardware comes with three, four or five year’s warranty and support coverage.

It argues that other system components of the new system are latest technology, providing higher performance.

It also has higher memory capacity than the older server would support, and likely less expensive memory.

The EC intends to intensify education on the new BVR in the coming days to give the assurance that the new system is the best for the crucial 2020 election.

Court Throws Away Okyehene ..Over Destoolment Of Akyem Hemang Chief 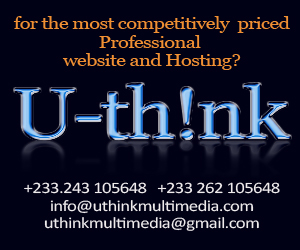 John Doe: Someone spots them while scouting, they can say the dog or kid tipped the alarm...

John Doe: The ninja silhouette is one of my favorite designs. This is a very best product....