Information reaching this paper indicates that tension is brewing at the Controller and Accountant General’s Department (CAGD).

This worrying development at the CAGD, the paper understands, stems from the continuous being in office of the Acting Controller and Accountant General, Mr Eugene Asante Ofosuhene.

According to a plausible source, the workers of this innocuous state institution are unhappy at the leadership style of Mr Asante Ofosuhene.

Close sources at CAGD on condition of anonymity, raised the issue of Mr. Asante Ofosuhene’s age.

They hinted that the acting controller and accountant general’s age, which is 67 and will in two months hit 68, did not allow him to be in public service.

“Though we are not doubting Mr. Asante Ofosuhene’s competence, we believe that looking at his current age, he should be resting to allow for a more energetic person to assume the roles and responsibilities of the controller and accountant general,” one worker contended.

Further, the workers buttressed their argument by quoting article 199(1) of the 1992 Constitution, which provision states that public servants must at age sixty (60) go on retirement.

And in their estimation, per his current age, Mr Asante Ofosuhene should be on retirement, enjoying his retirement packages and other benefits.

“Instead he has been given the appointment to man the affairs at the Controller and Accountant General’s Department, which institution’s work is very demanding,” the workers said.

Quite significantly our source also hinted that the current acting controller and accountant general does not have a contract with the Public Service Commission (PSC), a development, the source said, set a bad precedent for the CAGD.

In this regard, the source made a passionate appeal to the President, H.E. Nana Addo Dankwa Akufo-Addo, to replace the acting controller and accountant general, by appointing somebody whose age will not be a bone of contention.

This when done, the source said, would calm down the rising tension in the controller and accountant general’s department.

It will be recalled that President Akufo-Addo on May 11, 2017 appointed Mr Asante Ofosuhene as the Acting Controller and Accountant General to replace Mr Seidu Kotomah who was appointed by ex-President John Dramani Mahama.

The CAGD was established under the Civil Service Act, 1960 (CA.5), which legal framework is provided by the Administrative Act, 2003 Act 654.

The controller and the accountant general acts as the chief accounting officer and chief adviser to the government of Ghana on accounting issues. 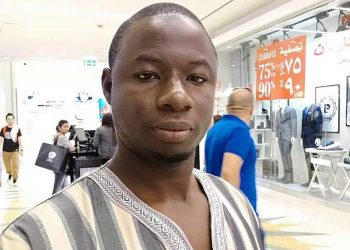 AG Briefs Parliament On Status Of Ahmed Suale Murder Investigations: ‘US Forensics’Roped In!