by News Desk
in News
Reading Time: 3min read
A A
0
730
SHARES
1.5k
VIEWS
Share on FacebookShare on Twitter

AlhajiIssakaNiiNerteyNettey, was over the weekend installed as the Akwashongtse of the Muslim communities within the Sempe Traditional Area in Accra.

The well organized and colourful event was held at the residence of James Town SempeMantse, the Mankralo of Ga State,NiiAdoteOtintor II. The ceremony was witnessed by the National Chief Imam, Muslim Chiefs, traditional rulers, dignitaries and the leadership of some political parties.

In his address after acknowledging the oath of allegiance, the SempeMantse who is also the Acting President of the Ga Traditional Council, stated that the Muslims within the Sempe communities have over the years lived peacefully with the Sempe people and have contributed their quota significantly towards the development of the area.

This, he said, had compelled him and his elders to recognize and appreciate their good works by installing someone to represent them at the palace and to seek their welfare.

According to the SempeMantse, the Sempe traditional area is made up 84 communities and Muslims could be found in all those communities.

He revealed that the Muslims within the Sempe area have always been in close contact with the Sempe stool for advice, prayers among others.

On his part, the former Greater Accra Regional Minister and former Member of Parliament for KponeKatamanso Hon. NiiLaryeAfoteyAbgo, who doubles as the Acting Chief of Kpone-Katamanso, expressed the hope that the installation of the Sempe Muslims Akwashontse would bring development, strengthen the cordial relationship between the Muslims and the Sempe people as well as attract good things to the Sempe communities.

He called on the people to desist from backbiting and rally behind the newly installed Akwashongtse and his elders. He added that the installation was in the right direction.

AlhajiSarkiIsakaNettey is a businessman, philanthropist and a cabinet member of Greater Accra Hausa Chief, AlhajiKabiruKadiri English.

He is a grandson of AsofoatseNettey whose name was giving to a popular street in Accra called AsofoiatseNettey Street.

Speaking after the installation, AlhajiIssakaNettey, gave thanks to God for seeing him through the Installation process.

According to him it is the Almighty that crown kings and raises leaders.

He advised the youth to respect the elders in their Communities adding that “in recent past the sort of situation we see ourselves does not speak well of us”. He urged them to maintain the peaceful coexistence among the Muslims and the people of Sempe.

AlhajiIssakaNettey promised to be fair and firm during his reign as Akwashongtse.

According to him, one of the major problems in most Ga Muslims communities is education and therefore called on parents to give it the necessary attention since “it has become   very important in our everyday activities”. He noted.

“To achieve this and other goals we will need all hands on deck so that we can come out victorious,” he stressed.

He expressed appreciation to the SempeMantse and his elders for doing him a great honor by installing him as the Akwashongtse for the Sempe Muslim communities.

AlhajiIssakaNettey, who is well known for his efforts in helping the needy and empowering the youth, assured the people that he would continue to help and empower the youth to become independent.

At the same ceremony, AlhajaAmudalatuAkweleyOpareAddoKundow was installed as the Queen Mother of Muslims of Sempe Traditional Area while AlhajiKabirGbademu was also installed as Galladima (Stool Administrator).

In a related development, the newly installed Sempe Muslim Akwashongtse, the Paramount Queen Mother and the Galladima were yesterday introduced to the SempeMantse and were giving stool names.

The newly installed Chiefs were later sent to the Ga Traditional Council for the final traditional rights and for them to be Gazzetted.

The head of SempeAkwashongtseNiiGonewulu urged the the newly installed Sempe Muslim Chiefs to seek the welfare of the Sempe people by soliciting for massive development. 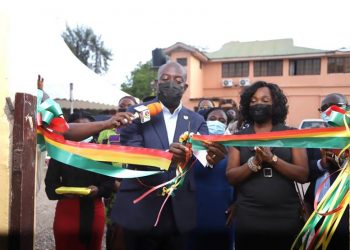 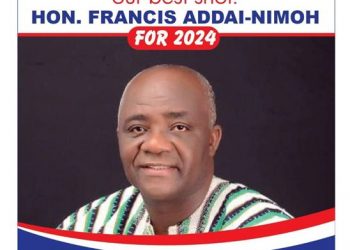